Home 5 CBD oil 5 CANNABINOIDS: WHAT THEY ARE AND WHAT THEIR ROLE IS

CANNABINOIDS: WHAT THEY ARE AND WHAT THEIR ROLE IS 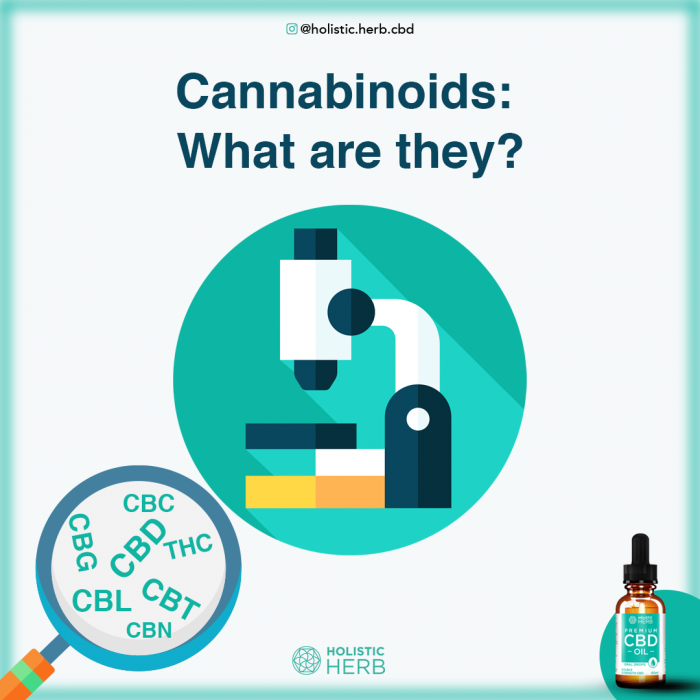 As a trusted provider of high-quality CBD oil here at Holistic Herb, we’re constantly exploring new and existing research that looks into the different effects that the substance may provide and its origin. We do this so that we can continue to provide our customers with the most accurate and up to date knowledge in order for them to make informed decisions when choosing to purchase CBD products for personal use. We cannot make any direct claims regarding any potential medical or health benefits that it could provide to individuals because more research needs to be conducted for any of the reported benefits to be proven. However, in order to explore the subject further, we will look at the evidence objectively.

In this article, we will explain what cannabinoids are, whether or not they are legal and how this relates to CBD so that our audience can understand the finer details of where this substance comes from as well as how it could work within the body.

Cannabinoids are naturally occurring active chemical compounds that are found within the cannabis sativa plant. There are over 480 different compounds present in the plant, and at least 113 of these are termed cannabinoids. They are said to be similar to the endocannabinoids that are found throughout the human body, including the immune system, and are thought to exert their effects by interacting with specific cannabinoid receptors which are present on the surface of a number of cells within the body. It has been suggested that these receptors can be found in parts of the central nervous system, with the two main types of cannabinoid receptors being named CB1 and CB2.

When isolated from cannabis, each cannabinoid can exhibit varying effects. The most notable cannabinoid that cannabis is known for is tetrahydrocannabinol (THC) which is the primary psychoactive compound found within the plant. Another major component of the cannabis plant is cannabidiol (CBD) which typically makes up over 40% of extracts. There are many more different types of cannabinoids found within the plant that are divided up into nine existing subcategories, based upon their composition. While each one is reported to have its own unique effect on the body, this is likely to vary from person to person.

It is important to note that consumption of the cannabis plant is illegal in the UK, with many of the known cannabinoids that are associated with the plant also against the law. THC is the main cannabinoid that is currently banned, as this can cause an individual to experience psychoactive effects as well as the ‘high’ feeling that is commonly associated with cannabis, meaning that it is classed as unsafe for consumption.

CBD, on the other hand, has never been illegal and was recognised as a compound with medical use in 2016, and classed as a novel food compound in 2019. Since 2015 it has been widely available and is now incorporated into a wide array of products that are sold on the market today, such as vaping liquids, oils and edibles, as well as topical creams. As it does not contain any THC, it does not cause any psychoactive effects when taken is considered safe under a novel food approval by the Food Standards Agency and has been classified as safe when consumed responsibly, provided that it has been derived from industrial hemp that is EU-approved or comes from outside the EU. Therefore, CBD oil is legal for use in the UK without a prescription, as long as it is not sold to the public as medicine and does not contain  THC. Holistic Herbs CBD products are guaranteed THC free. 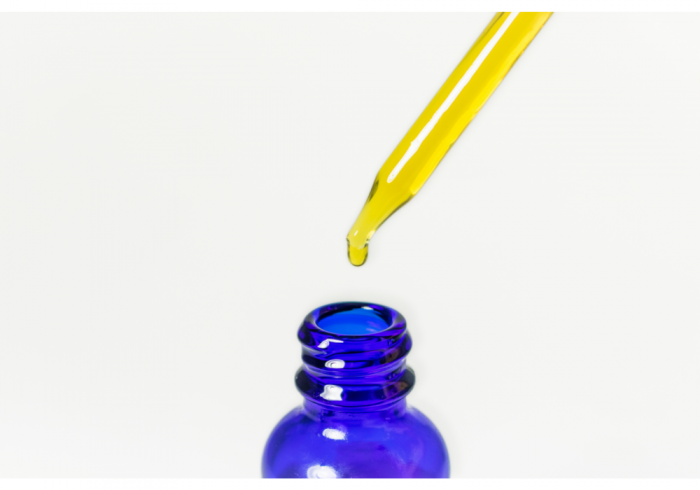 How do CBD products work?

There are plenty of different ways to use CBD, as it is incorporated into a huge selection of different products on today’s market. There are also a large number of potential benefits which have been reported by many users over the decades, from anxiety and stress reduction to pain relief. In order for internal products such as CBD oil to have their desired effect, they must first be absorbed into the bloodstream to allow for it to travel around the body. The level of bioavailability determines how much of a substance reaches systemic circulation, and this is affected by a variety of factors, such as how it is administered, what you consume it with, other substances that it may encounter inside the body and your overall health.

As endocannabinoids are neurotransmitters, it is suggested that they bind to cannabinoid receptors in your nervous system. CBD may impact these receptors as well as neurotransmitter activity, allowing its potential effects to be felt by an individual. Therefore, it could be suggested that certain cannabinoids have a unique method of working within the human body, which warrants a higher level of research in order to explore the subject further to provide a better understanding of how they work and the effects that they could have.

While cannabinoids are deemed to be unsafe and are also illegal, CBD is one cannabinoid that is legal to consume as a supplement and is thought to bring about a range of health benefits. While we are unable to confirm that any of the reported benefits are guaranteed, it is important for us to explore these ideas so that our customers are able to decide for themselves whether or not CBD works for them.

We offer an extensive range of premium oral CBD oils that are THC free and are available in a selection of single and double strength, based on individual preference. Our mission is to give our customers the most effective, bio-available plant-derived compound products on the market, and with Total Bioavailability, our vegan-friendly CBD oil is absorbed into the body faster for longer.

Please fill in the form below to ask a question:

Select the fields to be shown. Others will be hidden. Drag and drop to rearrange the order.
Compare