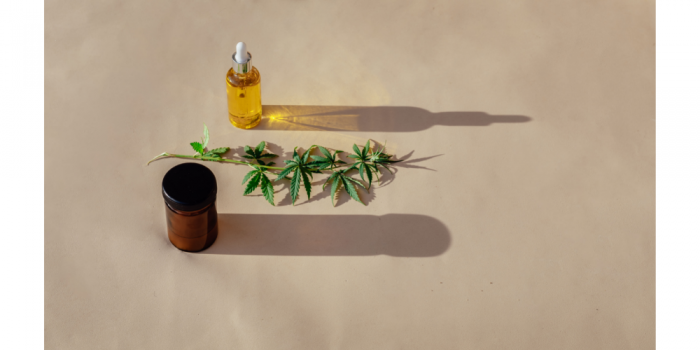 According to Islamic law, there are a number of strict rules that have been practised as part of the Islamic culture for many centuries, which all Muslims must follow. The word ‘haram’ is used to describe anything that is forbidden in Islamic culture, whereas the word ‘halal’ means that it is permitted. These two words are widely used by the community to categorise food and drink consumption, clothing and cosmetics, along with many other elements of life.

As Muslims are only allowed to use products that are halal, there can often be some confusion around whether or not they can consume CBD oil in line with their culture, due to its composition and origins. In this blog post, we will explain the origins of CBD oil and whether or not it is halal, and go on to take a further look into whether other CBD infused products fit in with this.

As always, it’s important to note that we cannot make any direct claims about the effects that CBD could have on the body. However, we will continue to look at any information objectively in order to increase our knowledge of the product even further.

Short for cannabidiol, CBD is one of 140+ cannabinoids that are found within the cannabis plant. These cannabinoids are exuded along with terpenes onto their leaves and flowers as a response to sunlight and pests. Famously known as a non-psychoactive element of the plant, it is widely used in many parts of the world for a range of different purposes, with many individuals claiming that it has the potential to manage anxiety, stress, pain and nausea. CBD oil is most commonly taken in the form of oil drops that are administered under the tongue, but CBD can also be found in topical creams, vaping juices, gummies and even absorption drinks. More research is needed to confirm its proposed effects and health benefits; however, it is widely considered safe to consume.

Marijuana, otherwise known as ‘weed’, is considered an illegal substance in the UK, so it is forbidden to be sold or consumed by any individual. This is also the case in all Islamic law around the world, as it clearly states that individuals cannot consume any substances that are known to be intoxicating or harmful to the body, such as alcohol, cigarettes and illegal drugs. As marijuana contains Tetrahydrocannabinol or THC for short, a psychoactive cannabinoid found within the cannabis plant that is responsible for the ‘high’ feeling that an individual experiences when it is consumed, this means that weed is haram in Islamic culture.

As CBD is widely associated with marijuana, there can often be a level of confusion surrounding whether or not it can be considered a halal substance permitted to be consumed by Muslims. Most Muslim scholars state that it is indeed halal because it is an organically produced plant extract that does not contain any properties that are known to be harmful to the human body. There isn’t any THC present in CBD, and as long as it remains 100% free from THC, it will not cause any psychoactive effects as it does not contain any haram substances.

Islamic law also states that the consumption of narcotics is permitted if their levels are minuscule enough to be absorbed by the body, and they are taken alongside something halal that is taken to benefit your health. It is important to remember that some full-spectrum CBD oils can contain small traces of THC. However, they are still considered to be halal due to the minuscule size of the quantities, making them safe to consume.

Are other CBD products halal?

The term ‘CBD infused’ refers to a huge range of products that are either considered halal or haram. They can be difficult to categorise, as while the CBD element may be permitted to consume, it may come combined with other forbidden substances. For example, while vaping with CBD is permitted in the UK, it is considered strictly haram by Islamic law because it is seen as imitating smoking, and cigarettes and nicotine are banned as they have the potential to intoxicate the body. In addition, vaping over a long term period can also cause damage to the lungs, so it is deemed to be harmful to the body.

Similarly, some forms of CBD gummies and capsules may also be considered haram due to them being made with gelatine, so it is important to check whether or not this is the case before purchasing to ensure that they do not contain any haram ingredients. While this may be the case, there are plenty of CBD infused products on the market that cater to the Muslim community and are safe to consume.

CBD oil is halal, as it is a natural plant extract that doesn’t have any psychoactive or negative side effects, so it can be used by Muslims in line with Islamic law. When purchasing, it is important to make sure that you are using a trusted and reputable brand so that you can be sure of the level of THC used in their products. If unsure, Muslims may feel more confident doing their own research and consulting with their religious leaders before using CBD products.

Here at Holistic Herb, we provide premium CBD oils that have superior bioavailability compared to other products on the market. Visit our shop today to find out more about the products that we offer and incorporate CBD into your routine.

Select the fields to be shown. Others will be hidden. Drag and drop to rearrange the order.
Compare
Compare ×
Let's Compare! Continue shopping